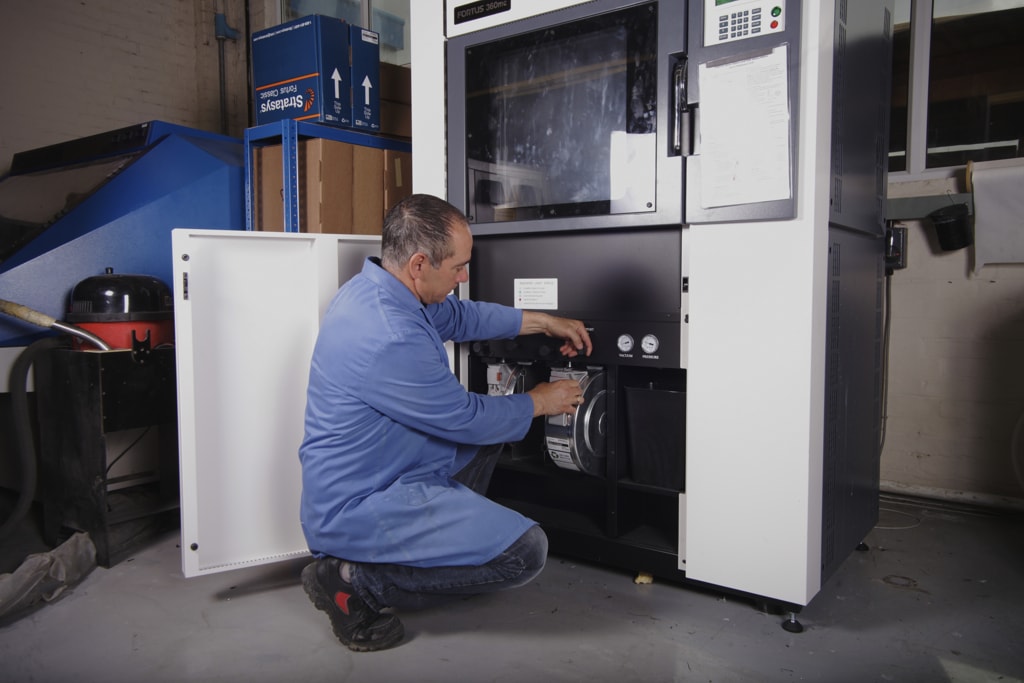 For a cost-effective alternative to traditional tooling methods, 3D printing can offer a fast turn around for customers wanting to build low-volume, high quality end use parts.

For Laser Lines customer, The Peak Group, 3D printing offered not only substantial time savings that would speed up their time to market – up to 88 per cent faster than traditional tooling methods – but also the technology allowed for more innovative design.

After investing in a Stratasys Fortus 360, The Peak Group’s design team found they were able to design for function rather than form, allowing them to design and manufacture what were once considered “impossible parts”.

3D printing has opened up a whole new ball park in the way we design, says David Cowan, The Peak Group’s director of electro mechanical design. Whereas before we assembled six or seven components to make a part, now we print it as one piece. I can design for function rather than form. It has made us rethink the way we design.

Laser Lines, which has the largest selection of Stratasys machines in the UK, helped them evaluate which machine was best suited to their needs and suggested a Stratasys Fortus 360.

The sample parts we received from Laser Lines were unbelievably robust, flat and accurate, says David. It cemented our belief that this was the right technology for us. Since we received our Fortus 360 it has been running non-stop. When some parts can take five man-hours to make, we just print them overnight. This means we have been able to increase productivity and throughput with the same amount of employees.