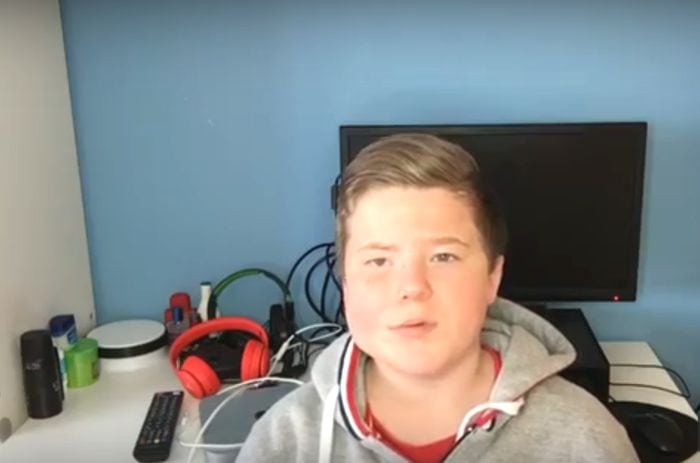 Yesterday we had a visit from someone who will surely be featuring in the 3D print studios of the future – the “Three-Dee Kid”.

Ronnie, who is otherwise known as “Three-Dee Kid”, developed an interest in the concept of 3D printing at the age of just 11 years old. Shortly afterwards he was fortunate to realise his dreams and began not just printing his own 3D models but even putting together his own kit 3D printer! Now he is 13 and he has an impressive presence on YouTube, regularly posting up clips of his own builds and reviewing different materials.

Following a discussion with Ronnie, it became clear he was too young to visit us on our stand at attend this years’ TCT Show – which had been his main objective.  To soften his disappointment, we invited him to visit our facility in Banbury to see some of the systems we will be taking to show.

The added plus was that there were considerably more systems to look at here than we would be able to display on the stand!

Ronnie was guided through the range of 3D printers we have at our facility by Dan Curtis (Customer Sales Support) and Richard Hoy (Business Development, Bureau) – we are proud of the extensive range we have now in full operation and were delighted to have the opportunity to show these off to Ronnie.

If passion and enthusiasm are to be rewarded, Ronnie will be going far….!