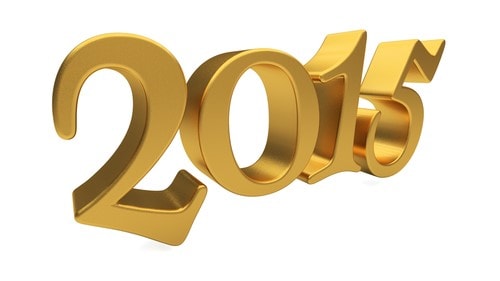 The 3D Revolution is Only Beginning

New colour technologies, new materials and new players coming into the market will make 2015 another exciting year for 3D printing.

Ten years ago, friends never really knew what I did for a living, now they want to talk to me about a 3D spanner they saw being made on the Space Station. The fact is there’s a lot more market awareness for all things 3D. In manufacturing, businesses are realising if they want to drive costs out of the supply chain, then 3D printing can be a very good way of doing that. We are seeing huge growth in the jig and fixtures market as well as for producing the end-use product.Mark Tyrtania, Sales Director at Laser Lines

With worldwide shipments of 3D printers set to double in 2015[1], the market is unsurprisingly attracting new players. Hewlett-Packard, Autodesk and Arburg have all announced their intentions to move into the 3D arena. HP’s new Multi Jet Fusion technology won’t be widely available until 2016, Autodesk has announced its partnership with Dremel for new 3D printing software while Arburg is the first manufacturing company to produce its own 3D printing machine, the Freeformer additive manufacturing machine.

Laser Lines’ Managing Director Ralph Wilkin says while much of this technology has yet to be proven, he welcomes the increased competition, which he says will help bring clarity to the market and separate the wheat from the chaff.

3D printing is changing so rapidly. There are more and more players coming to the cheaper end of the market and the next couple of years will bring a lot more clarity to which technologies are going to deliver. For years, Laser Lines has been educating people about 3D printing; what you can and can’t do and how different applications affect the 3D process. Now people are aware of the limitations of cheaper products, it will help us get our message across, which is about delivering high quality 3D printers and giving our customers a strong technical solution.

As the leading supplier for Stratasys, we are seeing some serious investment laid down in developing new materials and hardware. They go hand-in-hand. The more materials that we can 3D print in the more markets that will open up for us. In the past, FDM parts left outdoors or in the window could be at risk of sun damage, but now we are seeing UV stable materials emerging such as Stratasys’ new ASA thermoplastic. It is these new technologies that are opening up new markets to 3D printing.Ralph Wilkin

Up until now water soluble support removal technology, which lets you wash away the build support in an automated environment, was only available with FDM technology on certain materials such as ABS, PC-ABS, NYLON 12 and PC. Now it’s available for PolyJet technology with Stratasys’ Objet Eden260VS.

By dissolving away the support in a wash tank, rather than doing it manually using a water jet, you can effectively print finer detailed objects without the risk of breaking the product when you jet off the support. This technology was the holy grail of PolyJet systems for some time. Now Stratasys have perfected it, I wouldn’t be surprised if we saw it being rolled out across their PolyJet range later in 2015.

Stratasys have teamed up with Adobe to deliver a flagship software package that is making design for full colour 3D printing easy. With Photoshop CC, rather than only being able to select shells in a stl file to designate a colour, you can actually overlay a colour to the surface of a model and just press print.

This is one of the biggest developments for our customers in 2015. This technique is new and a big game-changer for us. It will save our customers a massive amount of time and make colour more meaningful and accessible.

Launched at the end of 2014, the Fortus 450mc from Stratasys is one of the best on the market with new technology that lets you fine-tune every detail to build strong, accurate, repeatable parts – faster. It is why Laser Lines was the first supplier in the UK to get hold of one.

It’s a reliable workhorse and attracting a lot of attention with customer visits and in our 3D printing bureau.

ULTEM 1010 is a new material, offering the highest heat resistance, chemical resistance and tensile strength of any FDM material. Available by the end of Q1, it can be used on the Stratasys Fortus 450mc and Fortus 900mc printers.

If you’re building parts in a hazardous environment you will want ULTEM 1010. It is also the only FDM material with an NSF 51 food-contact certification.

Aimed at the mid-range 3D PolyJet market, Stratasys’ Connex range has been revamped to offer greater capabilities and full colour.

They use Stratasys’ proprietary triple-jetting technology and the focus is about multi-material capabilities. For the Connex3, they’ve introduced flexible colour materials to give customers an infinite selection of textures and colours.

The Objet30 Prime is the only desktop 3D printer in the world that works with 12 materials, including rubber, high temperature and bio-compatible, in an office-friendly environment.

Just as it happened with 2D printing, we are seeing a time when you no longer have to take something to the printing department. As the quality improves, and superior machines such as the Objet30 Prime come out, we will see desktop 3D printing become a regular part of the office environment.