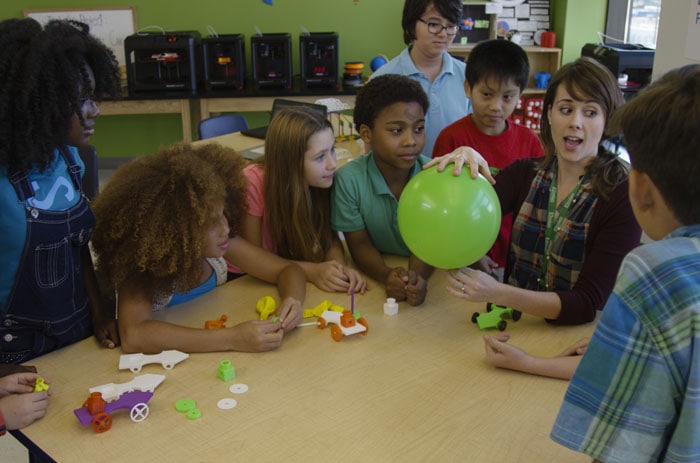 There has long been a clear division between the low- and high-ends of the 3D printing market, but MakerBot is blurring the lines with its latest hardware and revamped software.

The refreshed Replicator Mini+, which builds on the success of its education-focused predecessor, now has twice the resolution for greater object fidelity. The Replicator+, meanwhile, now has a flexible build surface and a redesigned extruder, which can be swapped for MakerBot’s first Tough PLA Smart Extruder+.

This accommodates its Slate Grey Tough PLA Filament, which is designed for professionals who need to prototype durable, high impact objects for testing prior to final production on a full-size Stratasys printer.

“Desktop 3D printers are becoming ever more capable,” says Daniel Curtis of Laser Lines’ Design Engineering Group. “With its new, forward-looking models, MakerBot is closing a hole in the market by producing machines that are better-suited to rapid prototyping of test objects, which can free up full-scale printers to produce finished, refined models.”

3D printing in the classroom

It is not just the hardware that MakerBot has rethought, as these next-generation devices debut alongside its new Print and Mobile apps. As well as allowing remote control and monitoring, each application can slice and arrange objects more intelligently than before, so that multiple parts can be printed at once – and allocated to multiple different printers if required. Thingiverse, a user-contributed library of royalty-free models, remains an integral feature, but these latest releases go further, addressing the needs of classroom users through the introduction of Thingiverse Education.

Home to more than 100 free lessons that use 3D printers to teach a range of subjects – including maths, history and geography – Thingiverse Education makes it easy to bring 3D technology into the curriculum. It gives lessons an added dimension, engages students across four age ranges and teaches valuable skills that are immediately relevant in the changing workplace.

Beyond the classroom, MakerBot’s new strategy, which CEO Jonathan Jaglom says is “based on feedback addressing how we could accelerate and streamline the iterative design process and make teaching with a desktop 3D printer easier and more effective” is an on-ramp to the wider world of 3D production.

The new material makes the Replicator+ an ideal companion to a Stratasys device, either to share the workload or to bring the initial stages of the design process closer to the user. For any company just starting out, or looking for an alternative to outsourcing final production to a bureau, investing in a MakerBot printer as an interim step is often repaid when it’s time to upgrade.

“Laser Lines customers with a Replicator+ or Replicator Mini+ qualify for a discount of up to 10% when purchasing a Stratasys device,” says Curtis. “This isn’t a trade-in deal, either, as customers can keep hold of their MakerBot and still qualify for the discount.”

To order or discuss your options, call Laser Lines on 01295 672599, email 3dworld@laserlines.co.uk or click the button below.