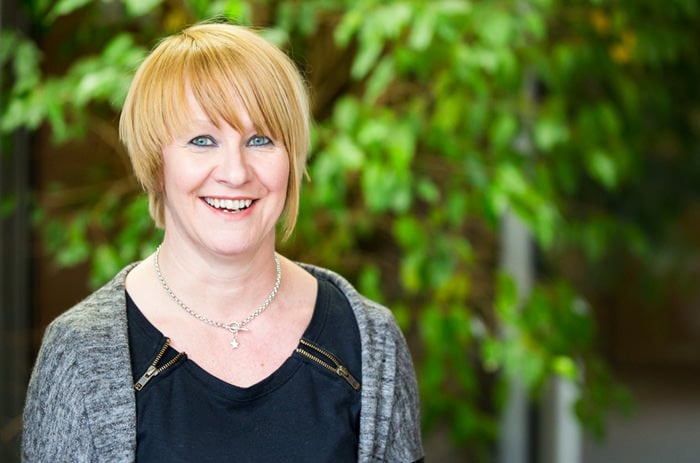 Jane talks about her role supporting clients in the east, and the meaningful difference 3D printing can make to peoples’ lives.

Jane has a 2D and 3D design background, so 3D printing seemed a natural progression, partly because of its relevance to her previous career.

Having previously worked for a 3D reseller for a rival manufacturer, Laser Lines seemed like a more open and customer-focussed company to work for.

Why should clients choose Laser Lines?

A lot of the people I come across in similar roles with other 3D resellers have a background in selling business equipment, but Laser Lines has a genuine focus on 3D technology. Everyone here is committed to the technology and an expert in what they do, whether it’s selling, supporting, or producing third party output via our bureau.

None of us is an ex-photocopier or double-glazing salesperson, and most of us have hands-on experience of design or engineering, so we can take a far more consultative approach when we’re talking to our customers. Because of this we also have a better perspective on what they want so can identify with them and their needs more closely.

We’re not about box shifting, but helping the customer come to the right conclusion, even if it means that ultimately buying a 3D printer would not be appropriate for them. I’d far rather be honest than try and persuade them to buy something that won’t add any value to their business.

Before working in the 3D sector, I worked as an account director for a large international company – a role that was all about building long term relationships based on trust, and I saw the opportunity to do the same here. That’s why I’ve been talking to some of my current clients for three years or more, and they still haven’t decided whether they’re going to invest or not. Either way, I’ll always be here for them, on the phone or in person, the next time they need to talk through their options.

I have one of the geographically smaller patches in Laser Lines’ portfolio and it takes in rural East Anglia, London north of the river and some of the East Midlands. It’s not just London where the majority of my largest customers are based.

It may surprise some people that there are a large number of aerospace and automotive industry customers based in East Anglia. This is partly due to the lower cost of business premises and lessened security risk that being based in a rural area can offer. 3D printing is no less relevant – or popular – there than it is in the capital.

There’s no such thing really. Some months are packed with trade shows, conferences and industry events. Others are quieter which gives me the chance to spend more time with customers, focus on new business and catch up with my admin.

In the last week alone I have been on site with an engineering company, a large architectural practice, a packaging design agency and an orthodontic practice. You can’t predict where your next enquiry may come from.

What excites you about the future of 3D printing?

The potential for growth within the creative design sector and in particular design for retail. Whether it is for designing Point of Sale display modules and packaging for supermarkets, or using additive technology when putting together window displays and floorplans, there is a huge amount of potential. We are also seeing greater use of colour, with devices like the Stratasys J750 offering numerous possibilities.

It’s not just about shortening production cycles, reducing time to market and driving profit, though. 3D printing is one of those technologies that really can make a difference to peoples’ lives. Recently I have been working with two London based hospitals who are using 3D printing as part of the process to produce prosthetics for children. Only this week we had a situation where one of their printers went down and we stepped in to print parts that were urgently required for a live patient.

The fact that 3D printing can potentially have such a positive impact on improving the lives of disadvantaged people is one of its most rewarding aspect.

You can get in touch with Jane and the rest of our product specialists by emailing 3dworld@laserlines.co.uk or calling 01295 672599.