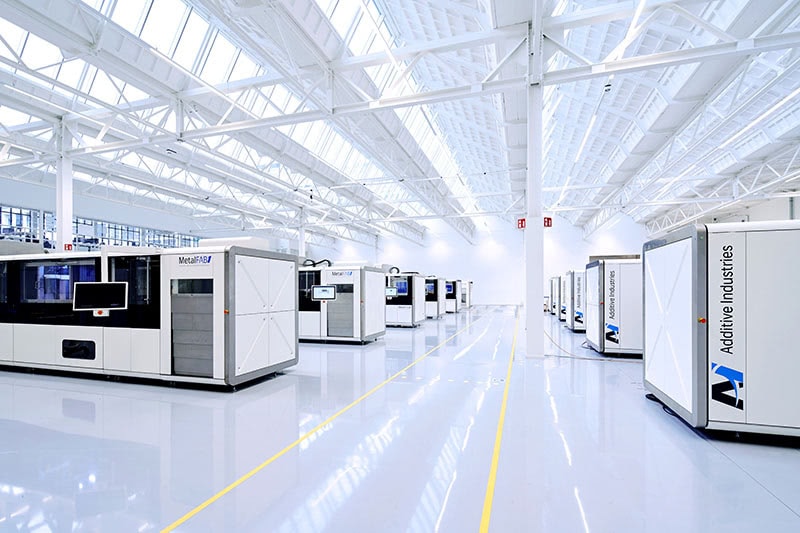 It’s taken less than a decade for Additive Industries to establish itself as a leading player in metal additive manufacturing. Laser Lines caught up with Mark Beard, Global Director of Process and Application Development, to talk about what it is doing differently to everyone else, and why its system is future proofed from end to end. 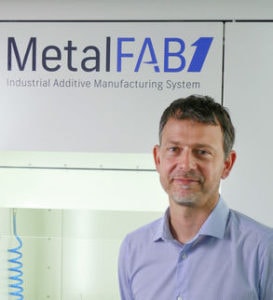 When Additive Industries set out to build its MetalFAB1, merely improving on the status quo wasn’t going to cut it.

“We really worked hard from the beginning to make an industrial system,” Mark says. “If you look at what came before, it was often a case of someone commercialising a promising technique developed in the lab. We started with a clean sheet, talked to the large industrial  users of these technologies and asked what they were actually looking for in AM equipment.”

Mark recalls a time when the only option Additive Manufacturing (AM) users had was to put on a face mask, dig built parts out of powder and dust them off.

“For us, that was never going to be a large scale production environment. It is prototyping at its best. It was clear by looking at any other industrial manufacturing process that we needed to automate as much as we could, making a stable and robust process that is suitable for making end use parts. To truly enable mass adoption of AM, AM parts used on a plane, for example, need to be produced using a process that’s stable, well understood and repeatable. Our MetalFAB1 does that.”

These three requirements inspired Additive Industries’ vision of a system with material at one end, completed products at the other, and modular components in between.

“A lot of people see us as the people with a big machine,” Mark says. “But they are missing some of the core features of the machine itself, like the process automation. A part can finish building at two o’clock in the morning, the powder automatically extracted, and then the build plate removed and go for heat treatment.

“Traditionally it would have sat there waiting for the morning shift to arrive at work so it could be removed. The time savings with the MetalFAB1 can be substantial. This significantly lowers the cost of the part and dramatically increases the utilisation of the machine. Our customers are only making money when they are melting material, the MetalFAB1 is designed to keep that happening all the time.”

Automation helps Additive Industries achieve accurate repeatability. Each part, whether completed during the day or night, will spend precisely the same amount of time in transit between completion and heat treatment, eliminating any potential for differences caused by longer or shorter cycles. But timing is just one element.

“I include things like calibration of the lasers when talking about automation,” Mark says. “We have a large build platform on which up to four lasers can build anywhere. In order to do that, we have developed an automated process to align them all so they can act as if they’re just one laser. This is a fundamental requirement, otherwise problems in the quality of the part at all levels can be observed.

“For our competitors, this alignment is manual, done by an engineer. A number of marks are made with the lasers on an anodised plate and it is down to the engineer’s eye to decide which mark is right and what settings should be used. The result can be a large variation between calibrations and even larger between machines. That’s just a crazy approach for customers looking to produce exactly the same part on hundreds of machines! We are removing the potential for error.”

The tools and knowledge of the requirement to achieve micro-perfect alignment time after time is a core requirement in Eindhoven where Additive Industries is based. Industrial giant Philips is also based in the city, where one of its spin-off companies, ASML, produces around 80% of the world’s silicon wafer-building machines. Like Additive Industries’ process, this requires a high degree of repeatable accuracy of a number of energy sources but on the nano-meter scale. So, by basing itself nearby, Additive Industries benefits from the knowledge developed there and being within range of an established centre of expertise.

Improving on the best

Mark highlights that they have not just industrialised a process that is already in use, they have significantly enhanced it.

“The fundamental physics of the machine is that it is a laser powder-bed fusion” he says. “But what we are doing is everything possible to improve the accuracy and repeatability of the process to really make it something truly industrial.”

The modular nature of Additive Industries’ solution also means that the company can stay ahead in a competitive market by upgrading parts as the technology evolves.

“We always wanted to make a truly flexible machine that had built-in future-proofing. Say we developed a new kind of Additive Manufacturing core, or a new optical system, that doesn’t make the rest of the system obsolete. There would still be the handling requirements of the robot and post processing stages such as heat treatment and part removal. The user could just replace one module, with no need to buy a whole new system to take advantage of the improvements.” 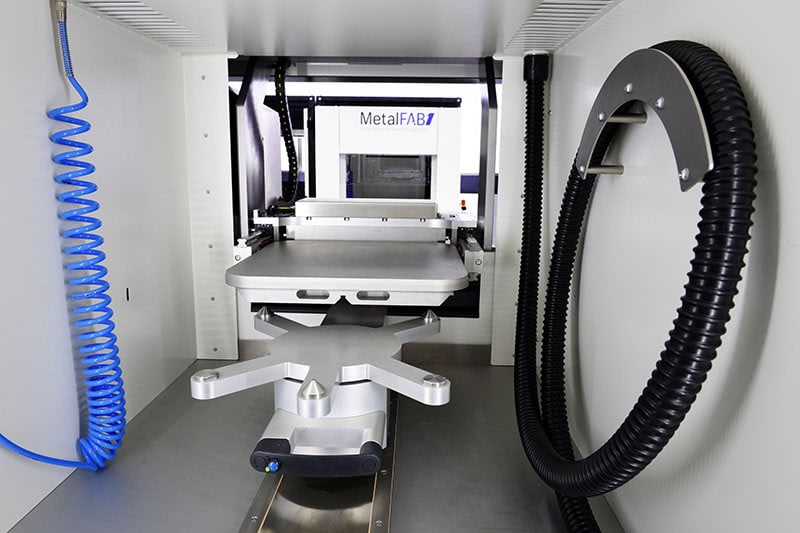 Mark’s role at Additive Industries includes coordinating the company’s global competence centres, including its newly opened UK base at Filton.

“We have a number of process and application development centres,” he explains. “In addition to the UK, we have one in Camarillo just outside Los Angeles, a new centre in Singapore, and our main office in Eindhoven. Each has its own speciality, with the UK focused on early Technology Readiness Levels (TRLs) of new materials and processes. The US speciality is higher TRLs, looking more specifically at the qualification of processes for highly regulated industries such as aerospace and medical parts.

“In Eindhoven we have the R&D work where they are more focused on fundamental machine development. So, if a new laser type were released, for example, that’s where we would develop the hardware and processes related to it. In Singapore, we look at industrialisation – once a part is qualified and the process established on one machine, how do you scale that up to a factory of 100? What challenges do you face and what additional processes do you need in place to make a true AM factory using Industry 4.0?”

As well as allowing Additive Industries to build its own teams of excellence around the world, each of which can specialise in solving a different part of the additive manufacturing question, its distributed research and production sites also mean it has a presence in four key markets: Europe from Eindhoven and Filton, Asia from Singapore and the Americas from Camarillo.

Additive Industries is a global player, with a very exciting product that we are very excited to be selling and supporting.

Laser Lines is Additive Industries’ reseller in the UK and Ireland. To find out more about its revolutionary production system and world-class support, call our team today on 01295 672599 or email 3dworld@laserlines.co.uk