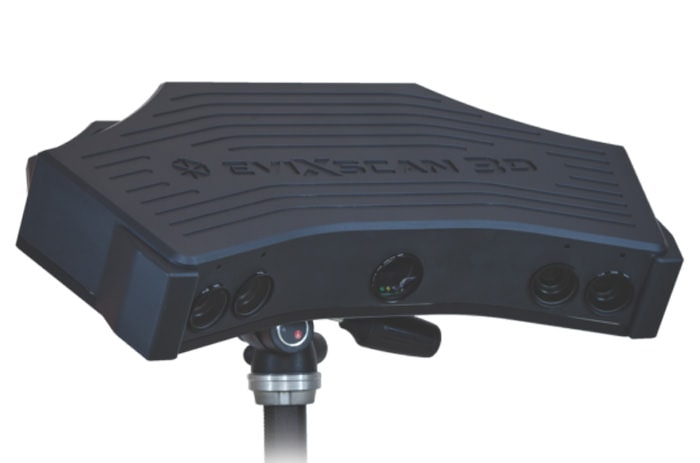 Busting the resolution myth when buying a 3D scanner

3D scanning product specialist Peter Smith answers the question he is most often asked by people looking for a new 3D scanner.

Resolution is often the first-time buyers’ biggest concern when choosing a 3D scanner. With point-and-shoot consumer cameras regularly boasting resolutions over 20-megapixels, they wonder how a five-megapixel scanner can possibly meet their professional needs.

The answer is that, providing you can identify the features of interest in the scanned result, you’ll be fine. That may mean recording as few as five points for a millimetre-wide feature on a complex object. That’s more than enough to recreate it on a 3D printer or reverse engineer an object, and well within the reach of any of our 3D scanners which can scan down to 65 microns resolution.

Each captured pixel has three coordinate on the X, Y and Z axes. The X and Y points are simply a function of their positions on the sensor, while the Z distance is worked out by the scanner using triangulation by stripe patterns projected onto the subject.

Several manufacturers brag about how close together these points can be thanks to their sensors’ resolutions. This is marketing spin, and falling for it could see you end up with excessive amounts of data – so much, in fact, that your computer grinds to a halt.

You don’t need nearly as much data as you might think, but manufacturers still like to brag about resolution. Why? Because it’s an easy upgrade: swapping out a five-megapixel chip for its ten-megapixel successor gives them something new to promote, while conveniently ignoring the more important issue of accuracy.

Resolution and accuracy are often confused for the same thing but they are very different. Resolution only describes the minimum distance between captured points. Accuracy gauges how well those points match their positions on the original subject.

Some of the scanners that we sell have five-megapixel sensors. When I go out to meet customers, I often demonstrate their accuracy by scanning a small object. A single pass can easily capture several million points, so if I take eight shots to record its full make-up, I could end up with over 10 million points, each with XYZ coordinates.

The first thing I do to make the data manageable is ditch around 90%, (often more), of what I’ve captured using a process called ‘decimation’. Why? Because it’s simply not required: the software we use can determine curvature and retain data in areas of high curvature and reduce data in flat areas; you keep the data where you need it.

For example, if the scan was of a flat tabletop, which is far larger but less complex than most objects, it could be defined using a tiny amount of data. The top of it would be a flat plane, which needs just four points for the corners, even though the scanner would still be recording the full five million. Here, the decimation process can be quite fierce. The software would strip out all but the most fundamental data points.

Paying more for a higher resolution won’t always mean that you get a better result. Instead, spend your money on accuracy. It will save you a lot of time in the long run.

That’s something we’ll be covering in more detail in a future post.

Whether you’re buying your first 3D scanner or upgrading an existing model, our experts can help you make the right choice. Call them today on 01295 672599 or email 3dworld@laserlines.co.uk for help and advice.

« How a bespoke, 3D printed part changed one customer’s life
Laser Lines looks to the future at the Goodwood Festival of Speed »
×
×
×